PRISONS IN THE PRESS – 25 JANUARY

A fortnight of prison news: What’s been written and by whom? All the need-to-know articles to keep you up to date on prisons in the press. 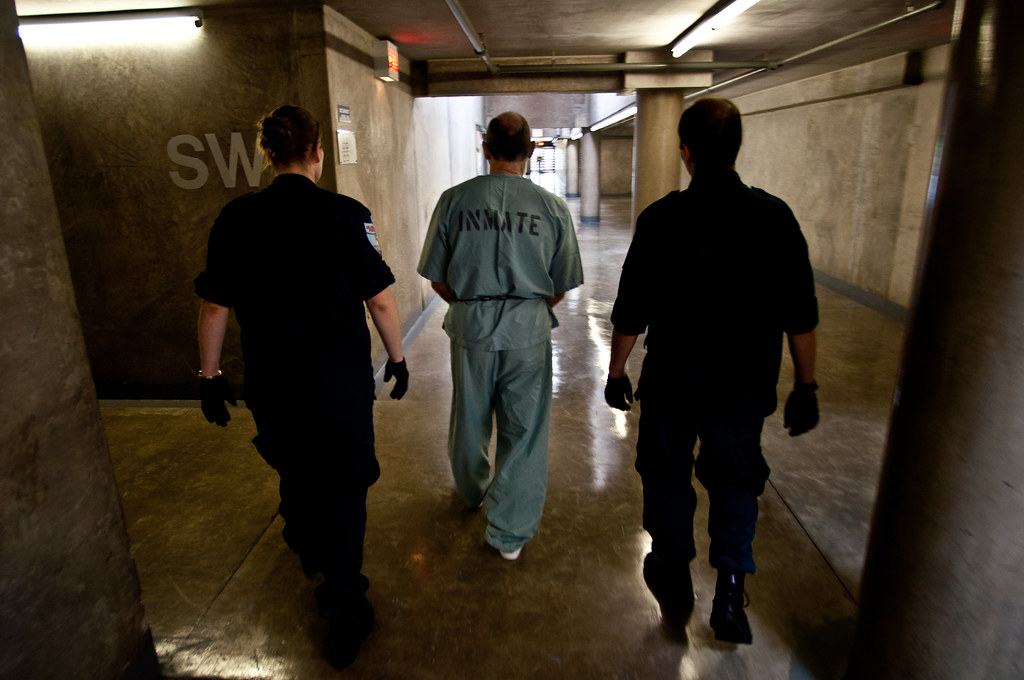 Reports of staffing shortages have flooded the press over the last fortnight. Across the UK the declining number of trained staff is having a detrimental impact on violence levels, rehabilitation schemes and staff safety.

END_OF_DOCUMENT_TOKEN_TO_BE_REPLACED

WHICH EUROPEAN COUNTRY HAS THE MOST FOREIGN PRISONERS?

How does Britain compare with its peers when it comes to jailing foreigners?

Foreigners are often regarded with suspicion. And foreign prisoners with even more suspicion (and sometimes outright xenophobia and racism).

But which European country jails the most foreigners? Below is a ranking of foreign prisoners by percentage of the total prison population.

END_OF_DOCUMENT_TOKEN_TO_BE_REPLACED

From book bans to super-prisons to suicides, the man in charge of prisons in England & Wales came in for a lot of criticism last year

Chris Grayling, the Lord Chancellor and Secretary of State for Justice, has figured out what many politicians the world over know: talking tough on crime and cracking down on criminals wins votes (whether it works or not).

Mr Grayling announced many controversial policies last year and was under fire from all sides to tackle Britain’s “prisons crisis”. Here is a rundown of his policy highlights and lowlights from the past 12 months:

END_OF_DOCUMENT_TOKEN_TO_BE_REPLACED

WHAT DO YOU KNOW ABOUT BRITAIN’S ISLAND PRISONS?

Much has been written about the UK’s mainland prisons, but what about those on its small island outposts?

See the end of this article to find out what used to sit atop this rock. Source: David Andrews

England has 90 per cent of the UK’s prisoners with Scotland and Northern Ireland accounting for most of the rest. But who pays attention to the prisons in Britain’s smaller territories?

Gibraltar, Guernsey, Jersey and the Isle of Man had a total of 359 prisoners between them in November 2014 according to the International Centre for Prison Studies.

But first of all, some of you are probably wondering exactly where these island territories are, so here is a helpful map. They are rather small, so we have used very large arrows.

END_OF_DOCUMENT_TOKEN_TO_BE_REPLACED

12 THINGS YOU NEED TO KNOW ABOUT DRUGS IN BRITISH PRISONS

From Black Mamba to pregabalin, the UK’s prisons have a problem with drugs

But that is only the tip of the iceberg. Here are some of the key facts and stats (many cited in this Prison Reform Trust report):

END_OF_DOCUMENT_TOKEN_TO_BE_REPLACED

WHICH EUROPEAN COUNTRY THROWS THE MOST YOUNG PEOPLE IN PRISON?

How does Britain compare with its peers when it comes to jailing juveniles?

It’s tough enough being a teen without being locked up on top of it. Below are European countries ranked by the percentage of young prisoners – those under 18 years of age. But first one important caveat.

It is impossible to obtain up-to-date, consistent data for all European countries, especially eastern European ones. So we found the latest and best available data – most of it from 2012 or later – from the International Centre for Prison Studies.

Here is the picture for minors in prison when we look at greater Europe.

END_OF_DOCUMENT_TOKEN_TO_BE_REPLACED

Mental health problems in prisons in England and Wales

Mental health in prison is not a new issue. In 1780, a book called The State of Prisons in England & Wales noted that jails contained a number of “idiots and lunatics,” who if given appropriate care “might be restored to their senses and usefulness in life.”

The language is antiquated and considered offensive these days, but the sentiment remains the same. There are still many problems with mental health in prisons, which we will be looking at in future articles. But for now here are the important numbers.

END_OF_DOCUMENT_TOKEN_TO_BE_REPLACED

THE RADICALISATION OF MUSLIMS IN PRISON

Two of the three killers in the Paris atrocities were allegedly radicalised in prison. How it can happen.

The savage murder of 17 people in France last week led to more outcries that Muslim prisoners are being radicalised while inside.

Chérif Kouachi and Amedy Coulibaly, two of the killers, reportedly met in prison, where both allegedly fell under the influence of an extremist mentor. It has also been said that “shoe-bomber” Richard Reid was radicalised while behind bars.

END_OF_DOCUMENT_TOKEN_TO_BE_REPLACED

Muslim prisoners are in the spotlight after two former inmates went on a rampage in Paris. What is the situation in the UK?

The horrific murders of 17 people in Paris last week were carried out in part by two Muslim men who had been in prison – Chérif Kouachi and Amedy Coulibaly. They reportedly met in a French prison, where both allegedly fell under the influence of an extremist mentor.

In Britain, stories about the “shoe-bomber” Richard Reid and extremist preacher Abu Qatada have also cast a spotlight on Muslim prisoners. But away from the sensational stories, what is the real situation in England & Wales for Muslim prisoners?

END_OF_DOCUMENT_TOKEN_TO_BE_REPLACED

Get past the urban myths about life behind bars and take a look at the real thing. You might be surprised

The three documentaries below paint a vivid picture of what it is really like to be in prison in Britain. They shatter many of the misconceptions that people have about jail.