We’ll be back in the New Year

Wishing you a very Merry Christmas!

We will be back in the New Year with more on British prisons.

From our article on photography in prisons. Photograph: Ara Oshagan

From sex in prison to youth incarceration in Russia to poetry and pictures: here are the most important stories, issues and facts from this year’s most popular stories.
END_OF_DOCUMENT_TOKEN_TO_BE_REPLACED

The last year in prisons

2015: A new Justice Minister, some damning reports and reform of the prison estate

Grayling to Gove the biggest shake up of 2015. Source: Policy Exchange

The last year in prison news, we bring you for the full run down. The stories that made the headlines and the ones that should have done. Catch up here.

END_OF_DOCUMENT_TOKEN_TO_BE_REPLACED

Home in time for Christmas

In an open prison, inmates may have the chance to go home. Image: Orange County Archives

“It was strange going back home to my family. I walked in the front door and the dog greeted me as if I’d never been away… I’ve been lucky, but so many prisoners have nothing to come home to.”

This is Christmas at home on Release on Temporary License (ROTL), according to former prisoner and Prison UK: An Insider’s View blogger, Alex Cavendish.
END_OF_DOCUMENT_TOKEN_TO_BE_REPLACED

Prisons in the press – 18 December

Prison staff across the country have this week been injured in a number of riots. Image: macwagen

END_OF_DOCUMENT_TOKEN_TO_BE_REPLACED

Here’s what happened in UK immigration detention in 2015

An interactive timeline of the year’s key events

It’s been a dramatic year for UK immigration detention with court battles, hunger strikes, deaths and much more.

Prison Watch UK has put together an interactive timeline of the key events. Click on the image below to see what happened in UK detention centres in 2015.

It’ll be lonely this Christmas

Christmas is far from a happy time for most prisoners. Image: Orange County Archives

This is Christmas behind bars, according to former prisoner and Prison UK: An Insider’s View blogger, Alex Cavendish.
END_OF_DOCUMENT_TOKEN_TO_BE_REPLACED

Comment by The Guardian’s Eric Allison: The ‘ugly stain’ of IPP indeterminate sentences

Why are over 4,500 prisoners still being held on Indeterminate Public Protection sentences?

Too many inmates are left along in prison for too long, writes Eric Allison. Photograph: Andy Aitchison

“When will the Lord Chancellor finally decide to bring this terrible scourge to an end? This is a form of preventive detention, internment, entirely alien to our traditional criminal justice approach.” These are the words of former Supreme Court judge, Lord Brown. END_OF_DOCUMENT_TOKEN_TO_BE_REPLACED

What steps are being taken to reduce custodial sentencing for women? Debated this week. 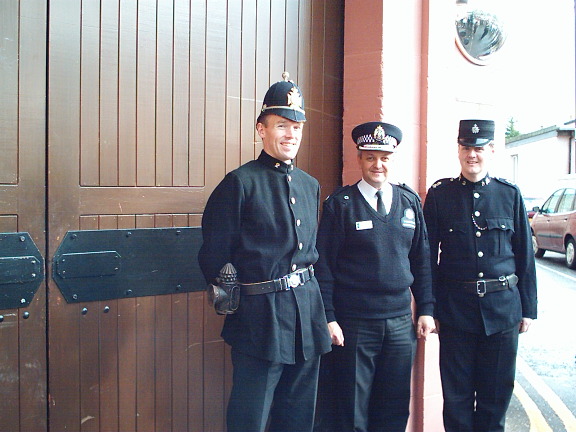 Prisons in Parliament bringing you up-to-date on the last week of politics and prisons. What’s been said? And by whom? Find out here…

END_OF_DOCUMENT_TOKEN_TO_BE_REPLACED

Prisons in the Press – 11 December

A prisoner is desperate to be reminded of this Christmas delight. Image: Neil Whitehouse Piper