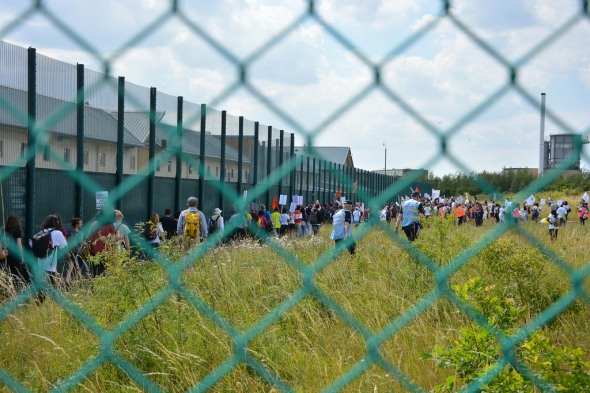 Why were two children detained for immigration purposes for between 29 days and two months in the final quarter of 2016, asked Tom Brake, Lib Deb Foreign Affairs spokesperson and MP for Carshalton and Wallington.

The Home Office does not comment on individual immigration cases, answered Robert Goodwill, the Immigration Minister; but under Home Office policy children are not held in immigration detention centres and are only detained in exceptional circumstances.

Victims of modern day slavery are being indefinitely detained in immigration removal centres; when will this end? asked David Burrowes, Conservative MP for Enfield, Southgate, in a parliamentary debate on immigration detention.

What does the Immigration Minister have to hide in Yarl’s Wood that means my request to visit the centre not been answered for four months, asked Diane Abbott in the same forum.

Why aren’t we using cheaper and more effective alternatives to immigration detention, asked Anne McLaughlin, MP for Glasgow North East; and when is the Home Office going to fulfil its promise of replacing its current detention review system with a new system of individualised removal assessments and reviews, asked David Burrowes, during the debate.

The government only uses immigration detention as a last resort; and it is working to design a more effective case management process to replace the existing system to reduce the numbers of people detained long-term, answered Robert Goodwill.

The end of indefinite detention?

Does the Home Secretary plan to introduce a 28 day time limit for immigration detention; and when will she respond to my application to visit Yarl’s Wood? asked Caroline Lucas, co-leader of the Green Party and Brighton Pavilion MP.